We've been thinking a lot lately about today's leading companies and what they're willing to invest in "non-traditional" skateboarding.

As we keep yammering on about, as skateboarders our collective voice should be leading the larger conversation. Skateboarding was created as an edgy alternative sport with a “far out” style that over the years, has led global movements in fashion and popular culture. At it’s essence, it is a forward-thinking and risk taking subculture led by desire for authenticity. Although “non-traditional” skateboarding is gaining exposure & accolades thanks in large part to organizations like Skate Like a Girl and Unity, to become a skater if you aren’t a straight/cis gendered male you still have to dare to be different.

As a leader in skateboarding culture since its inception, Vans has been emerging in the forefront of this movement and has now thrown the virtual smack down with this super cool collaboration with our pals, the Skate Witches. As part of their “THIS IS OFF THE WALL” campaign, they produced the rad video below about this legendary zine and are partnering to produce the DEPTH OF FIELD: WORKSHOP SERIES. Featuring three online classes offered to women, trans, non-binary, and gender non-conforming peeps, expert witches will share their knowledge of skate photography, videography and zine writing. Vans is even going to sweeten the deal with opportunities to win free stuff and participants will have the chance to get their work published in the next Skate Witches zine and video! Pretty awesome.

We love this campaign because it is a great example of how a big company can contribute back to skateboarding by supporting the little guys. By encouraging more non-trad young people to get involved in media, it will ultimately help strengthen and grow this emerging skate squadron. For 20+ years, we watched women’s skateboarding progress at a much slower rate than it could have due to lack of exposure. The shortage of media kept girls across the globe from the realization that there was a place for them in skateboarding, causing a log jam that kept skill progression at bay and company/sponsorship interest essentially frozen. This is why supporting women & non-traditional skaters in media roles is one of BIGFOOTS primary goals.

Now, as more projects are being produced, we face another hurdle as a huge majority of dudes are scoring the jobs. They may often have longer resumés, but if we give women & non-trad skaters a shot, our media world and general reach will grow. Overwhelming lack of support for women in film was a hugely contested issue at the Academy Awards last year. Another curve that we, as skateboarders and forward-thinkers, should be ahead of.

By creating a campaign that has potential to generate real change and forward motion, Vans has captured the zeitguist, earned authenticity points and the respect of a lot of skateboarders. And with brand awareness on our minds more than ever, that kind of clout can really sell waffle soles.  -Migzy

GET IN ON THESE WORKSHOPS! 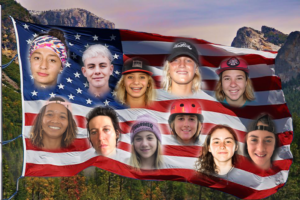 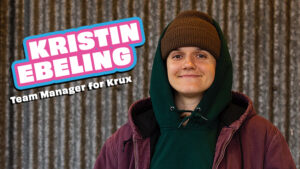 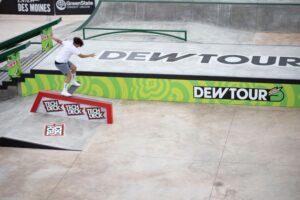 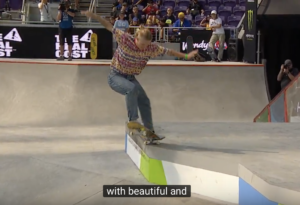